Millions of people have hobbies they are passionate about. Hobbies are important because they take us out of our everyday experiences and let us do something we love. A hobby can be a mental escape, help us learn a skill, or provide a chance to socialize with others. Hobbies are a great way to disconnect from work and are often stress relievers. With these benefits in mind, more people are now trying unusual pastimes that give them a new perspective. Thinking outside of the box when it comes to relaxing sidelines can introduce you to a new world of experience. 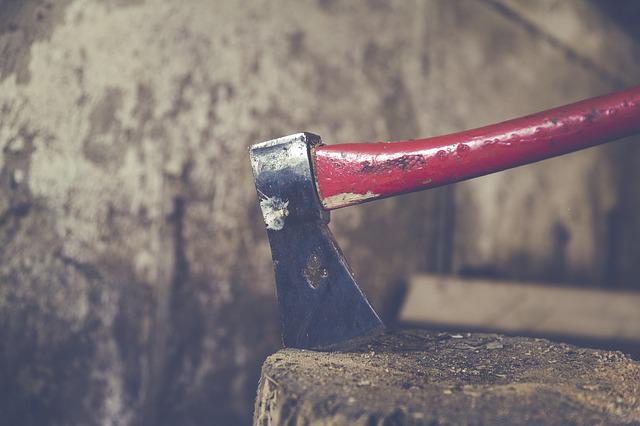 Just a few years ago, few people had heard of axe throwing, let alone participated in it. You may still have never heard of the activity, but thousands of people are swarming to venues that provide fun activities like axe throwing.

So why is tossing a lethal weapon at a target such a draw? One reason axe throwing is so famous is that the game is fast-paced. Hurling an axe in a way that maximizes its distance is more demanding than throwing a baseball. You must use your arms to throw the axe, so those with the most muscular arms tend to be most successful.

An old-school hobby many still enjoy, trainspotting describes interest in railways and trains. Trainspotters like to watch trains and track the number of each engine.

It’s not competitive. Those who enjoy trainspotting share train characteristics, data, and whereabouts with other interested parties. All it takes is a pen, a notebook, and an interest in trains to begin.

Per Freshhobby.com, competitive dog groomers vie to see who is the best dog groomer. It’s an unusual hobby and also a lot of fun. Groomers compete in a wide range of contests. Owner and dog are judged on communication, bond, obedience, and style.

Sculpting figures from soap is not new, but until recently, it was a niche activity that relatively few people knew about. Thanks to YouTube, videos of individuals whittling away at bars of soap have gone viral and are consistently rated “satisfying to watch.”

It’s not difficult to learn to carve soap, either. Just grab a bar of soap and a sharp object that can be used to carve. Anyone can create small, unique works of art. Soap carving is ideal for children and adults. It is affordable, non-toxic, and fun

For those who believe their toy needs a vacation, toy voyaging offers a solution. According to Kaplan University, toy voyagers (actual toys) travel by mail from host to host, and at each stop, they are shown around. Many people create a profile and travel log for each traveling toy.

You can also add your toy’s Life Missions to let hosts know what your toy would like to do while visiting. Hosts update their travelogs and add stories and photographs detailing their adventures.

Photobombing has been the rage for a few years but has recently been one-upped by newsraiding. Photobombing involves inserting yourself into someone else’s photo, while newsraiding requires becoming part of the background in a television story.

The idea is to appear as a bystander on a TV show. It isn’t as popular as photobombing because it takes far more resolve, planning, and good luck to become an uninvited participant in a television show.

Tree shaping is a fascinating hobby that involves sculpting live trees. It uses methods like grafting and pruning that turn ordinary trees into living sculptures. Tree sculpting is an art form. You can make both functional and ornamental objects out of trees. Your only limit is your imagination.

The hobby requires a plot of land, garden, or backyard. You simply use a gardener’s tools to shape the tree the way you want it.

This hobby, called orbing, involves getting into a giant, inflated, thick-walled plastic ball and then rolling down a hill. Some people travel on the surface of the water. It’s a lot of fun and easy to get hooked on.

The hobby was invented in New Zealand and is still popular, but there are zorbing locations all over the U.S. You can enjoy the activity alone or with friends. Many people describe it as feeling like they are inside a washing machine.

The formal name of dirt polishing is Hikaru Dorodango. Participants of the hobby strive to polish mud. Surprisingly, the result typically looks like a lovely piece of art.

Dirt polishing involves taking a small mud ball and extracting the moisture from it. After it is dry, you coat it with a layer of fine soil and turn it into a smooth sphere of dirt. It is a remarkable hobby that allows you to transition useless material into a beautiful piece of art.

Dirt polishing originated in Japan and is still considered an art form. Finished pieces are sometimes described as shiny mud dumplings. It is impossible to tell that a finished piece is made entirely from everyday dirt.

A meme is a story, image, or joke shared among Internet users via email, social networking, blogs, and other sites. Memes are a relatively new phenomenon that began in the 1990s and has become wildly popular.

Baby Cha-Cha-Cha, the dancing baby, was the first meme to go viral. There are thousands of memes circulating daily, including Captain Obvious, LOL cats, Wonka, success kid, and scumbag Steve.

Some people have taken them to a new level with meme painting. Many paint memes on huge oil canvases. However, meme art continues to expand, and artists use all media types.

While people initially worked only with brushes and paint, digital artists now produce meme art on software like Adobe Photoshop. Often compared to pop or street art, Internet memes are one of the most highly accessible types of art.

Hobbies are a great way to de-stress by engaging in enjoyable activities, and there are as many types of hobbies as there are people. Some are unusual and appeal to specific tastes. Examples include meme art, dirt polishing, and tree shaping. Many enjoy zorbing (rolling in a giant plastic ball), newsraiding, axe throwing, and soap sculpture. There are also fans of trainspotting and competitive dog grooming.

Written By
Lu Lovely
More from Lu Lovely
It’s important for children to learn about nature and the very many...
Read More

0 replies on “10 Hobbies You Probably Haven’t Heard Of”