After a recent court case regarding the recognition of the “Vegan Religion” as a philosophical belief system, what efforts can you make to support your vegan colleagues?

Ignorance and misunderstanding have caused a lack of empathy towards vegan members of our society in the past. We see it time and again; people making fun of vegans, and dismissing their beliefs as trivial and silly. However, should veganism be recognised as a protected belief system?

At the beginning of this new decade, 2020 saw a court case which argued for the rights of vegan workers. Jordi Casamitjana, who practices ethical veganism, was successful in his plight to get veganism recognised as a philosophical belief.

So, now that these definitions have been made, how can we work together in the workplace to avoid any employee disputes with regards to dietary requirements? For some more information about the “Vegan Religion”, and how to support your colleagues with their dietary choices, read on… 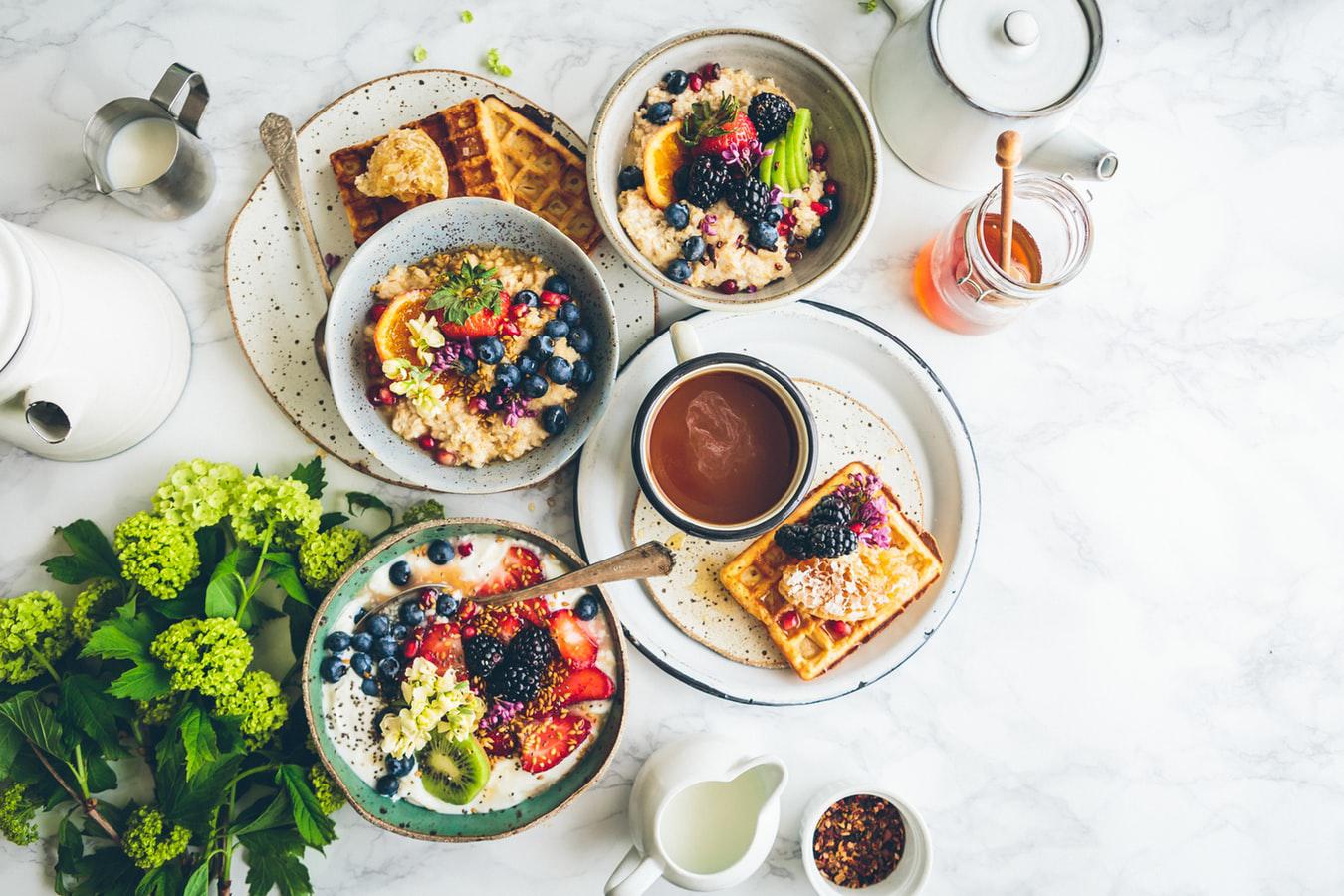 As I’m sure you know, a vegan diet consists of removing all animal-based products from consumption. This includes all meat and fish, alongside dairy products, like eggs and cheese. But, what constitutes a vegan lifestyle?

Ethical veganism takes veganism that one step further, and aims to avoid all animal exploitation in day-to-day life altogether. This involves the removal of all animal cruelty products, including makeup, soap, and clothes. Also, avoiding honey and avocados, amongst other food products which can be linked to animal cruelty in any way, is key.

As you can tell, ethical veganism is more than just a lifestyle. It’s a belief that animal lives are sacred, and should not be exploited for our own uses. Much like a number of religious beliefs, which live in a vegan way due to similar ideas, it seems the two are intertwined more so than we might have first thought.

Religions That Are Vegan

So, now that we know a little more about the vegan way of life, let’s answer the question, “are there any vegan religions”? The answer to this is yes. Some examples of vegan and vegetarian religions include:

This is not to say that all people who practice these religious beliefs are, indeed, vegan or vegetarian. That said, the ideas behind their beliefs, including the recognition of the spirit and soul of animals, is reminiscent of the vegan way of life. This probably explains why India has a higher percentage of vegetarians in their midst than the entire rest of the world put together! 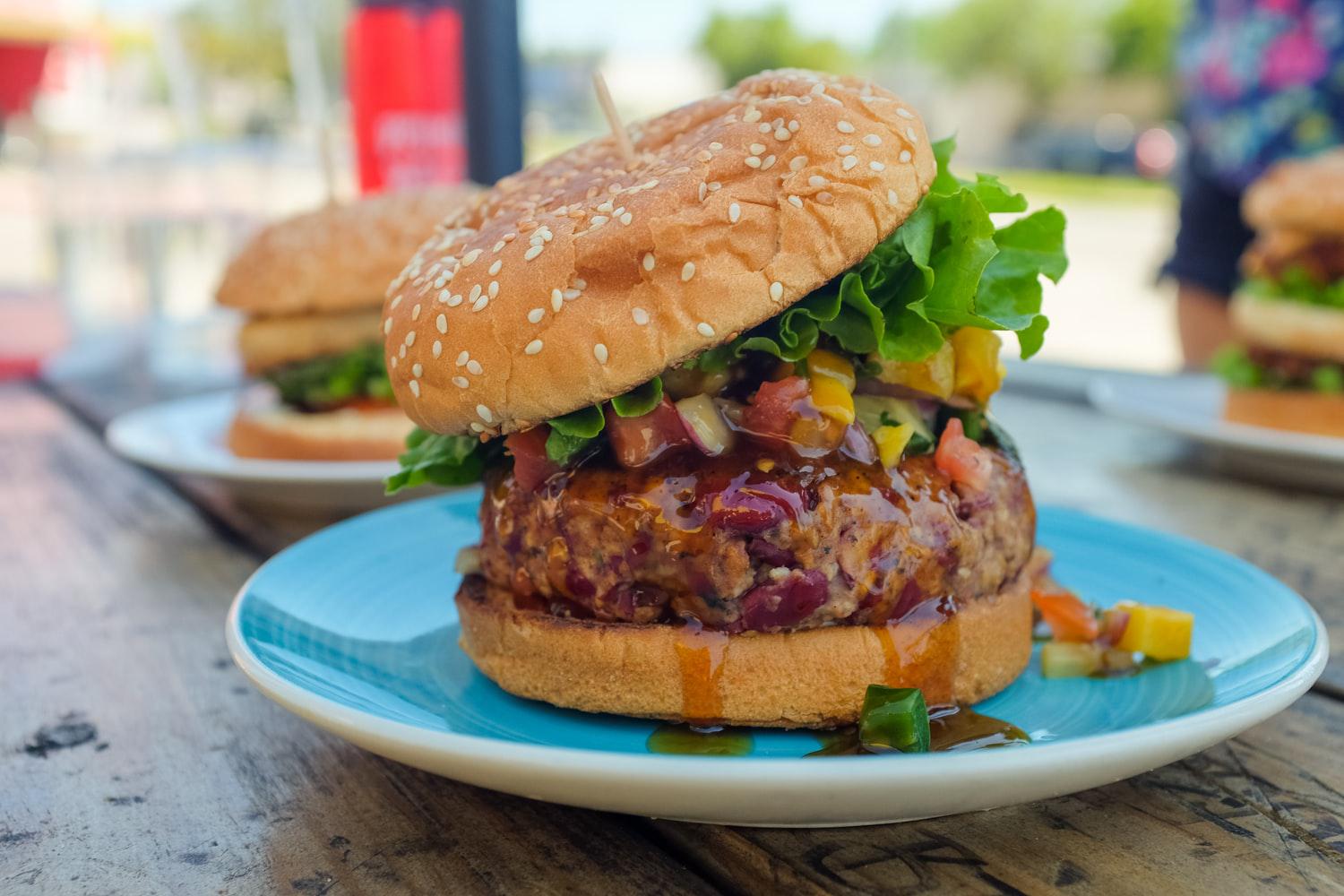 The Equality Act of 2010 was set up in order to protect religious beliefs within the world of employment. In general, the idea behind the act is to ensure that equality prevails throughout the workplace, regardless of age, race, gender, disability, or religious belief. So, if discrimination occurs due to these reasons, legal ramifications apply.

That said, discrimination of vegans is still rife within the world. Over the years, and since veganism has become more popular in today’s society, the media have criticised the diet for being too restrictive. In some extreme cases, fixations on the health ramifications for children following vegan diets have even led to child cruelty accusations!

In most cases, this is not true at all, as a vegan diet is not only beneficial to our environment but is also very healthy. If practised responsibly, vegans are quite capable of consuming a well-balanced diet.

These misguided actions within the media have caused a poor attitude towards veganism, but times have now changed. The time has come, and it’s now regarded as a protected philosophical belief due to three key pointers:

Jordi Casamitjana, a 55-year-old Londoner, took his ex-company to court after he was sacked for “gross misconduct”. According to the League Against Cruel Sports, Jordi’s actions called for his dismissal after he disclosed sensitive information about the company. It was revealed that they invested pension funds in firms which were involved in animal testing, despite their fight against cruelty.

After Jordi was dismissed, he took them to court, claiming that this was unfair dismissal due to his ethical veganism beliefs. Naturally, the company saw no link between his dismissal and these beliefs, and so the court case ensued.

The result? Veganism has now been ruled as up there with religious beliefs. Now, workers can no longer be discriminated against due to their vegan dietary requirements under the Equality Act 2010. 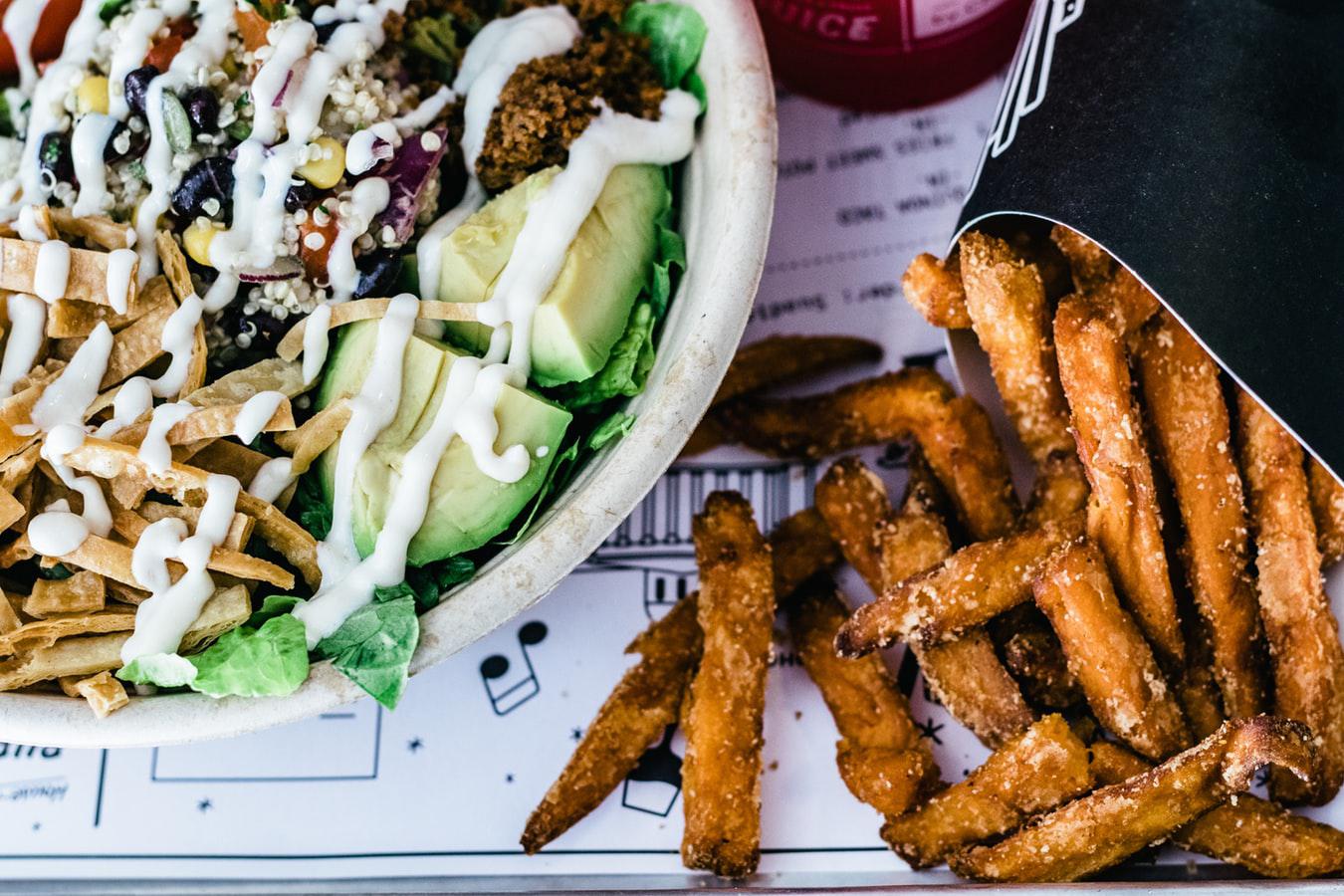 How to Support Your Vegan Colleagues

With these new acts in mind, it’s important that we work together to support our vegan colleagues in the best ways possible. So, how can we do this effectively? Some tips and tricks for this include…

Our vegan friends might want to be careful with the equipment they use in their work kitchen, especially if there are meat eaters amongst the team. To make sure that no cross-contamination occurs, it may be wise to designate certain areas and equipment purely for vegan use.

For example, having a designated shelf for the vegan team members in the fridge might be useful. Also, making sure to label chopping boards, knives, and cutlery, especially if you don’t have a dishwasher to wash things thoroughly, might be a good plan.

What’s more, your vegan colleagues will probably appreciate it immensely if you support their food choices during communal eating. For example, in some offices, group meetings will be accompanied by some tasty lunch treats. Make sure to ask around about dietary requirements, just as you would for an allergy, to include everyone.

What’s more, even small gestures like purchasing plant milk for the communal fridge will be much appreciated. My suggestion? Oat milk is the one which tastes most like real milk in your tea or coffee. This could even sway non-vegans to try something new, and change their attitude along the way!

Learn to Understand Their Beliefs

Being supportive to your vegan colleagues is all about understanding them, and where they’re coming from. Don’t be afraid to ask them about their choice; why are they vegan, how long have they been vegan, and how strict are they with the diet?

Anything you want to know, I’m sure they’d be more than happy to explain. Who knows, you might even learn something new, and have your belief systems tested, in the process.

Read Up on Veganism

Finally, if you still don’t understand the ideas behind veganism completely, there’s a myriad of reliable information online to help. Recently, there have also been lots of eye-opening documentaries which show us the true nature of the meat and dairy industries, for example, Cowspiracy. These aren’t designed to scare, but to educate, and although they might not change your diet choices, they’ll be sure to help you understand the choices of others. 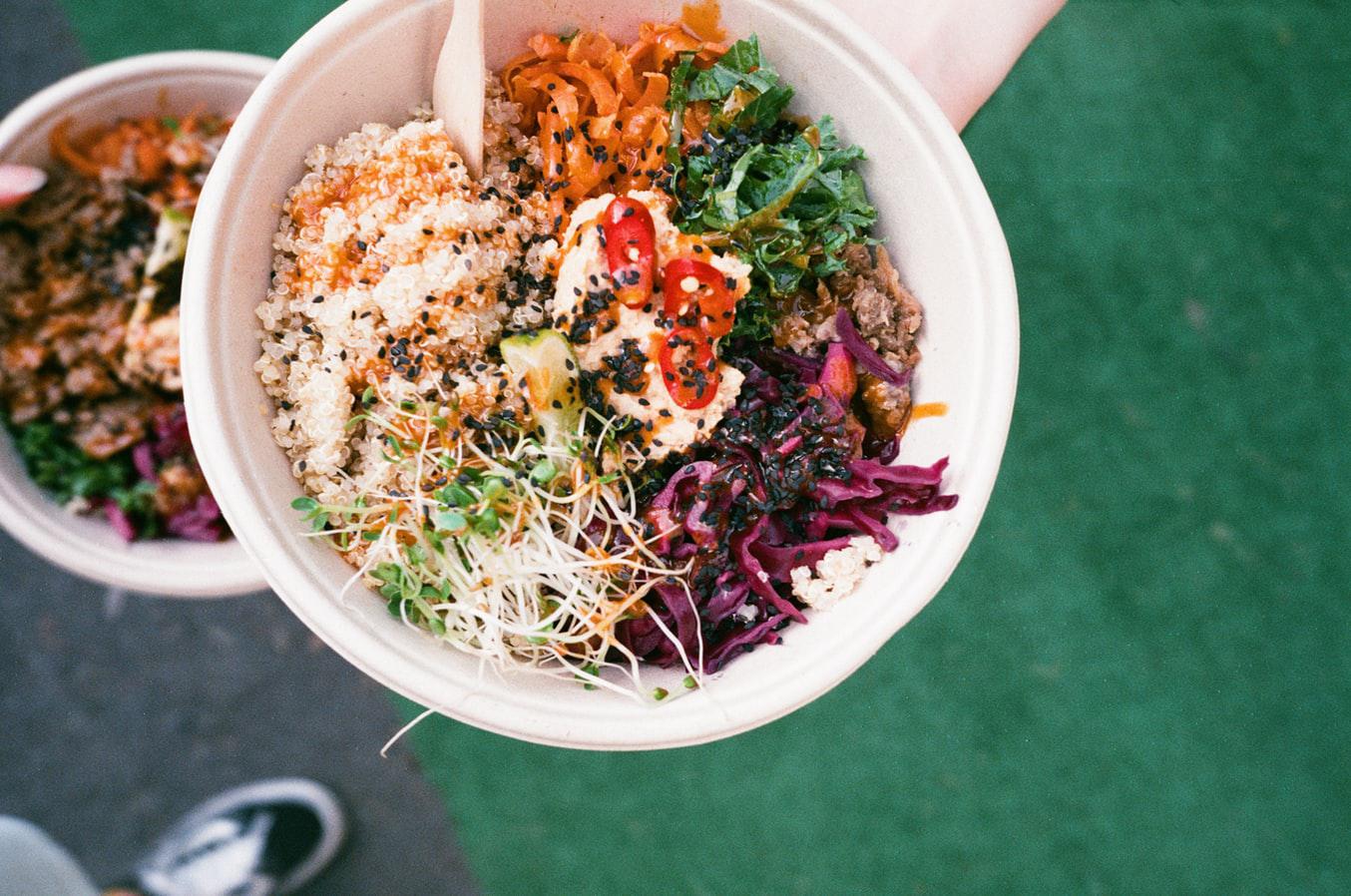 What do You Think About the Vegan Religion be Recognised?

Being a vegan is becoming more popular by the minute, which is why it’s more important than ever to support one another. After all, being vegan isn’t hurting or disturbing anyone else’s lifestyles, just like any religion.

What do you think about these changes to the 2010 Equality Act? Have you had any nasty experiences with people abusing you or anyone you know because of your dietary choices? How is your company making changes to support your vegan team members?

I’d love to hear your thoughts and experiences in the comments below. Let’s share stories, and hopefully, we can forge a brighter and more accepting future for everyone, within this little corner of the internet.

Thank you for reading Equality Talk: Respecting the Vegan Religion in the Workplace.  You can read more of my food-related posts here.

Written By
Lu Lovely
More from Lu Lovely
If whenever you step in your living space you feel like it...
Read More