Our Trip To The Clarks Village

We actually live a mere 35 miles from Clarks village however we very rarely go there. Maybe if we lived just that little bit closer, we would go more often? I do think the idea of having a micro village as a shopping centre is something of a good idea. How practical it is, we will see. 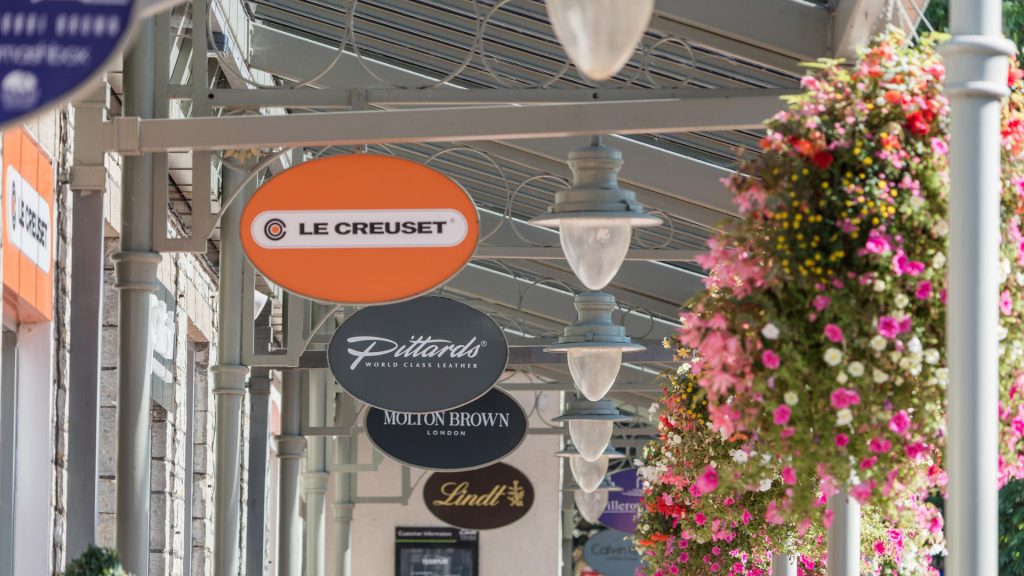 History Of The Village

Clarks Village was built 25 years ago, at the time it was the first outlet centre to built in the UK. It now boasts over 90 High street brands some of which offer savings of up to 60 % That could mean huge savings on fashion items, shoes and even festival outfits. 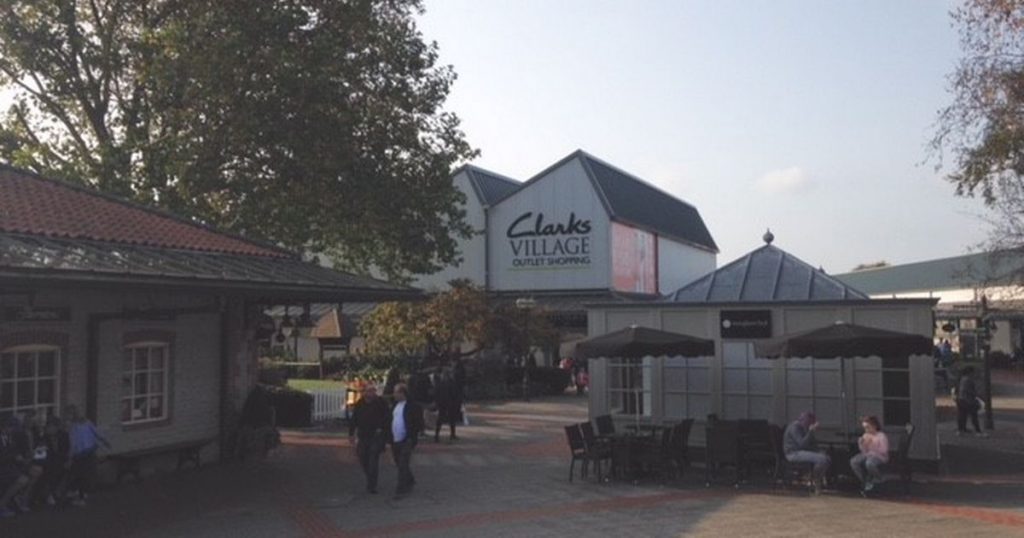 The decision was made on our youngest’s birthday that I would take both him and his sister to the Clarks Village that afternoon. You can imagine the excitement from a little life of lovely about shopping. Oli however, wasn’t as excited, until we told him he could spend money on anything he wanted. This instantly changed his attitude, especially at the thought of Cadbury world. We arrived about 5 pm thinking We had better hurry but everywhere was open, and there was still a sensible amount of parking spaces available. 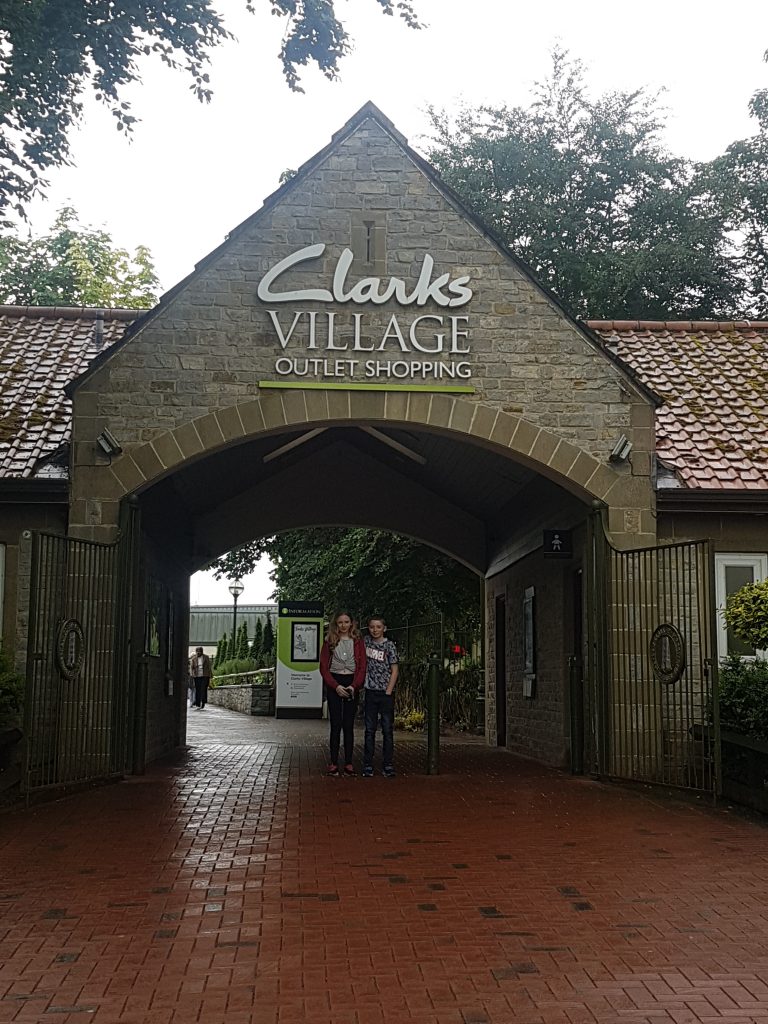 The children quite literally couldn’t grasp the wonder that greeted them when they entered the village. The initial shout from Oli was, can we get food? A little life of lovely instantly spotted Superdry and was off like a little rocket. The first thing that struck me was just how clean it was. No gum, no litter, just clean and tidy streets. We actually saw 2 cleaners whilst we were there, that in my book was impressive. The concept around a centre point is great. All the streets lead away from the centre point. The children fell in love when they spotted the Ben and Jerrys van in the centre. Ok, so, icecreams all round and a quick photo opportunity and it was straight off to Jack wills for our daughter. Me, I headed for Barbour. Oli, well he wanted to head straight for Lindor.

Larger Than You Realise

It really is. I have been a couple of times before but being a man I simply headed straight to the outlet I intended, bought the item and left. This time, however, I got to actually walk around and soak up the experience. I honestly never realised just how large it is! you could easily spend all day there. At the entrance there is a stand with maps, that is a great idea and I now see why you would need them. 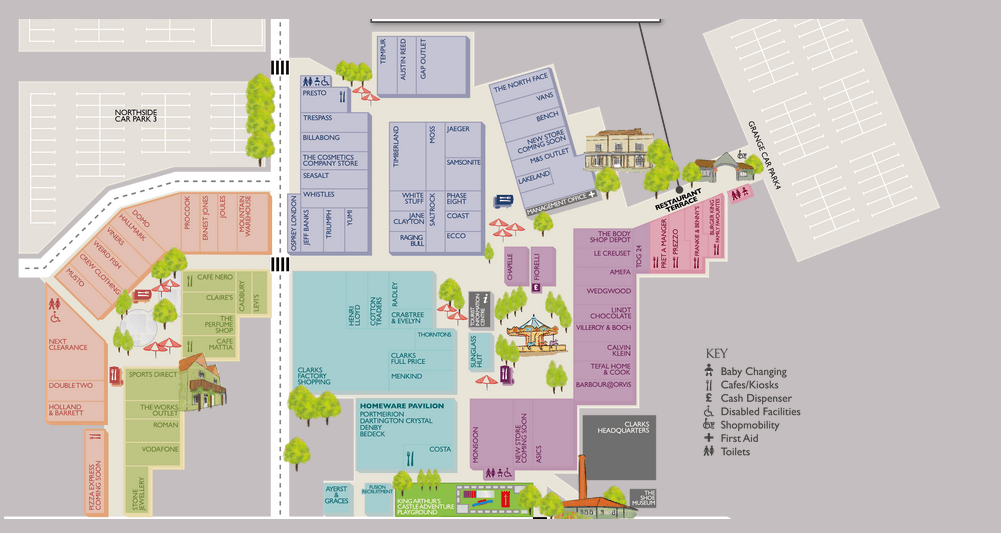 Overall the experience was great! Do not bet me wrong, Oli had the best time.! Oli bought himself a Pair of Clarks Trainers which we have to now pry off him at night, He really would live in them if we let him. A little life of lovely Bought a pair of Vanns, Alifeoflovely also had a pair of Vanns. I should mention, the store staff at Vanns were super helpful, polite, and certainly put no sales pressure on you. Both of the children visited the Cadbury outlet, we all felt the prices were actually a little steep in there, Next shop staff were polite but really didn’t have any enthusiasm. A shame really as we probably would have bought more. More purchases were made by the children in places like Lindor and Obviously the Benn and Jerry van, and again, very polite, very helpful. 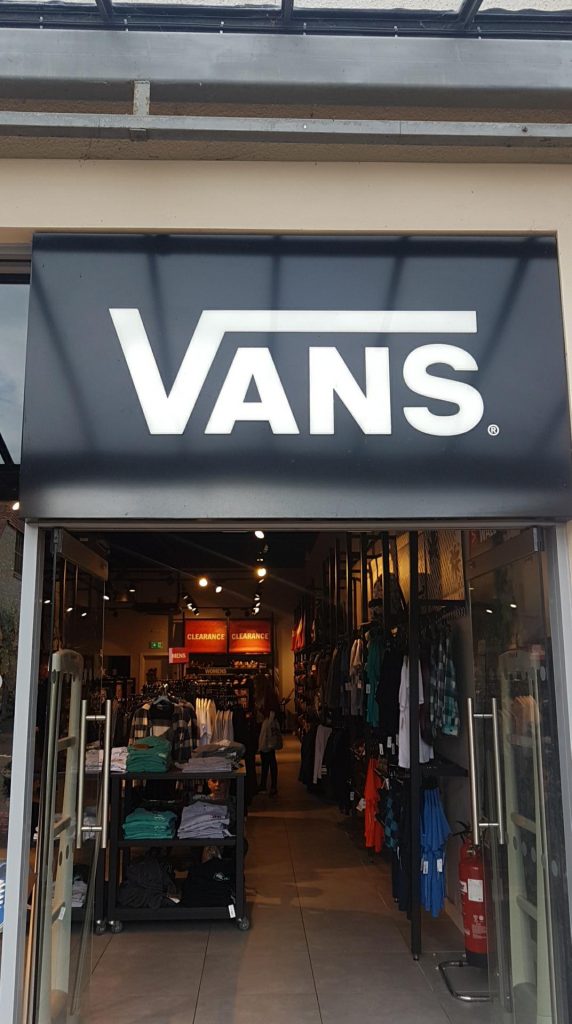 I wanted some items for running so we went to Sports Direct. If you know me, I’m a little on the overweight side and have become unfit over the winter. I have become like a brown bear, I have my fat reserves and hibernate in the cold months it seems. With this in mind, my heels have been really painful from starting to run again. Sports Direct had some heel cushions on the rack, great! I went to take them off and they were caked in dust, I don’t mean a little, It was thick with dust, so much so, I had to wipe it off to reveal the price. Had that been it, I could have let it be. No, a little life of lovely wanted to buy a hoodie, ok, we found one she liked, and thankfully I managed to reach it down as all the teenage staff were at the door on their phones.

Time to pay. We weren’t greeted, merely grunted at. Want to buy a £1 bag? No thank you, a 5p bag will be fine. Grunt. When he told us the total I let him know I would be paying by card, pin was all we got. No thank you, no, please put the card in when you are ready. No thank you after. Just a receipt shoved at me and the bag left on the counter. When we got home, we discovered he had failed to remove the security tag! Lu rang them but there was no answer. Thankfully we got the tag removed but what a shockingly bad experience. 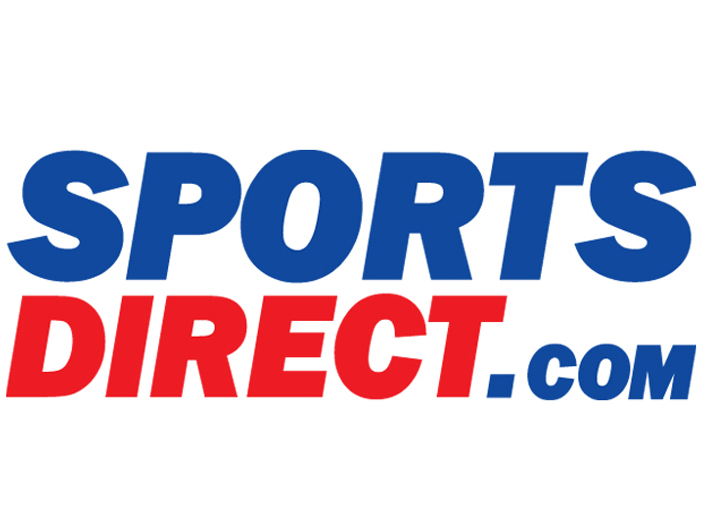 I think, the next time we go, We will probably leave in the morning, see what its like then. Next time I may well pack a light picnic as the food stands were very expensive. I understand a pitch has to be rented and so on but Charging over the top on food items is a little naughty really. Especially when parents, like me, will be walking around the centre. The children are going to want a drink, they are going to smell the food and want some. For me, if they charged a little less on the food stalls they would have more business. 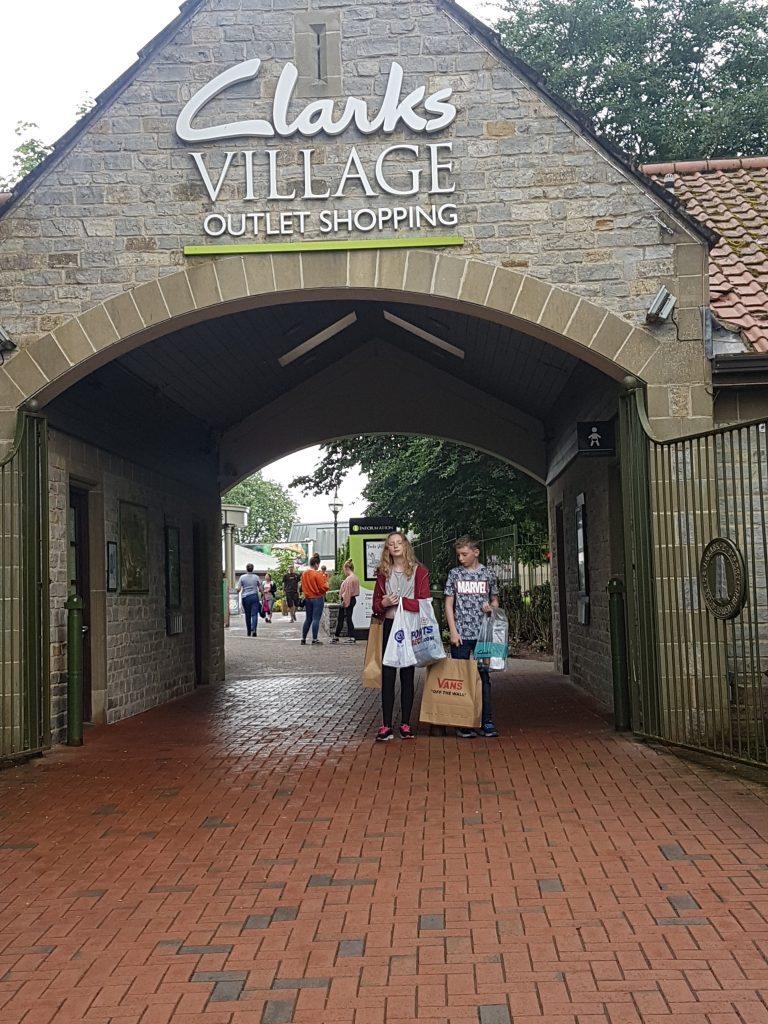 Would I recommend It

Absolutely! If you only go for the afternoon, it’s a wonderful family atmosphere and for the most part, the staff are happy, polite and friendly. I forgot to mention earlier, I noticed a large amount of the outlet shops were dog-friendly. That is brilliant. So, yes, If you want to go shopping, want a day out, want a bite to eat, then take a trip to Clarks Village. Enjoy the delights on offer and do grab some of the bargains available. Believe me, there are some bargains to be had, you just need to look. We went to so many shops, I couldn’t even begin to mention them all.

Written By
MrLovely
More from MrLovely
Keeping Costs Down We all could do with some money saving hints....
Read More

0 replies on “Our Trip To The Clarks Village”