Fresh bedding is one of life’s luxuries.  When that bedding just so happens to be 100% cotton and beautiful, it makes it all the more special.  The smell of fresh bedding is something everyone can relate to, right?  When you open the bedroom door in the evening, when you fold back the duvet … just bliss.  Can Caprice deliver that sensation?  Can it get me excited about bedding? 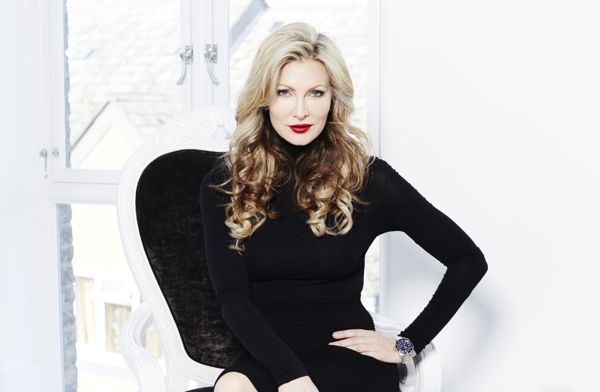 Caprice is a top, award-winning model turned entrepreneur.  Having shot to fame during the 1990s, she has appeared on over 350 magazine covers, including Vogue.  Caprice has also appeared on TV and in Film and even in musicals.

By Caprice was founded in 2006.  The brand has gone on to become hugely successful and she has built up the business entirely on her own.  Firstly focusing on lingerie and due to huge success, By Caprice Home followed.  Known for its glamour, design, originality and high quality, the range is widely available throughout the UK and is stocked in Dunhelm, Next, very.co.uk, Wayfair.co.uk to name but a few.  I have to say, that is some achievement in itself.  Making a mark in the clothing and homeware industry is no easy task. 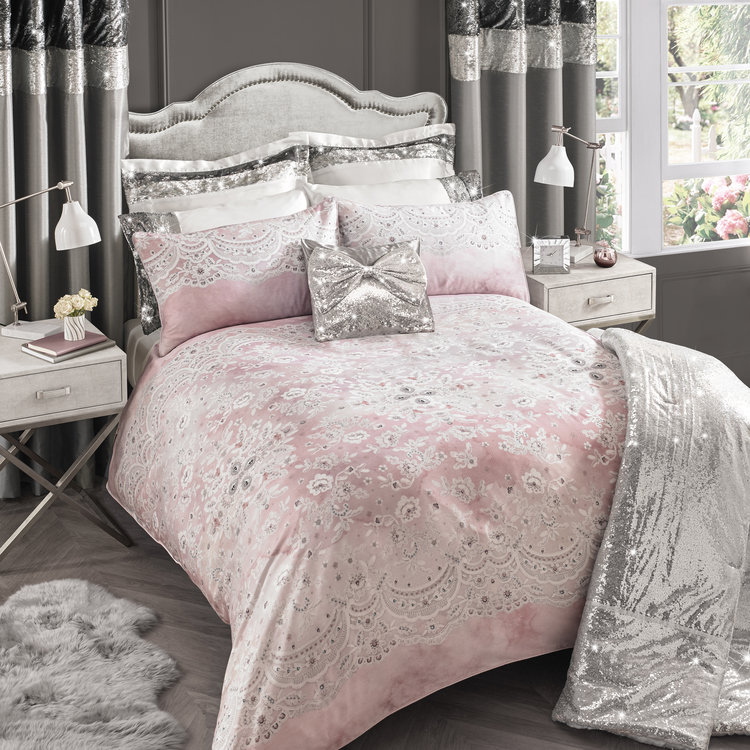 I chose the Isabella duvet set in king size for its delicate print and little gem details.  I think it’s very pretty.

We’ve had this on our bed for three days now and it’s gorgeous.  As it’s 100% cotton with a thread count of 200, but what is thread count?  Thread count refers to the number of horizontal and vertical threads per square inch.  Generally, the higher the thread count, the softer the sheet, and the more likely it will wear well-or even soften-over time.  Good quality sheets range anywhere from 200 to 800, although you’ll occasionally see numbers over 1,000. Being a 200 thread count, I wasn’t expecting it to be super luxurious, I was pleasantly surprised.

The bedding feels lovely and super soft. Turning the bedding inside out reveals high-quality stitching, so often stitching is a little less than good enough.  No stray threads, no bunched turns, nothing.   It fits our duvet perfectly (you know some duvets slide around inside the cover and leave you with cover with no duvet on one side.  None of that with this duvet cover).

I love the fact that it has buttons to close it rather than poppers.  It’s far more secure and they stay fastened rather than keep coming undone.  The pattern again boasts quality.  It is subtle and yet bold in design.  The pillowcases are just the right size, you know how you can often get pillowcases that are too long for the pillows?  I do love good quality bedding and I really do look forward to getting under the duvet, it is so nice.  The quality, the feeling, even the pattern, boasts a price tag much higher than it actually is.  All that’s left to say is, well done Caprice, you have absolutely nailed the bedding.

You can read my other home and garden related posts here.

Please note, I was sent the Isabella bedding for my review.  My opinions are all my own and not influenced.

Written By
Lu Lovely
More from Lu Lovely
How you feed your dog often need to be tweaked a little...
Read More