Hi. I’m JJ. This is my first ever post here. I’m a 12 year old about to open your eyes to the World of anime. Enjoy.

Now, let’s be honest, anime is our ‘escape from reality’. We all know it’s true! Some may just watch anime normally but I prefer to go absolutely crazy over it!! My friends and I all prefer watching anime than socialising with… Urgh.. The rest of the world. Yuck!

So, it dawned on me after watching around three different animes, I’m a weeaboo… I love the Japanese culture, as I do to other cultures, I love their style and much more! So, if I’m going to be a Weeb, I may as well share it with the world!

How To Be A Weeb! 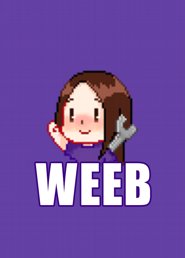 Now, being a Weeb is quite easy. One minute your watching Attack On Titan and the next you are sitting in your wardrobe staring at your screen whilst watching Rin Okumura planning a date with Shiemi and planning your ship in your Weeb filled mind. Yup, that easy. And that’s the first ‘symptom’! Shipping! Some even write or draw about fan fiction about them!

Shipping: – support or have a particular interest in a romantic pairing between two characters in a fictional series, often when this relationship is one portrayed by fans rather than depicted in the series itself.

Well, there’s your first stage to being a Weeb, shipping. (Relationship)

Remember that one episode when Kirito and Asuna first met and they shared that disgusting bread and Kirito put that butter cream on them? You wanted to know what they tasted like, didn’t you? And whenever Eren Jeager bites his hand, you wanna know what that tastes like, don’t you? I really hope not you titan! But, some foods we can’t help but like, just like Natsu or  Luffy! One I’ve taken an interest in is Bento!

Bento:  Bento (弁当 bentō) [1] is a single-portion takeout or home-packed meal common in Japanese cuisine. A traditional bento holds rice, fish or meat, with pickled or cooked vegetables, usually in a box-shaped container.

Clothing in Japan is lush! They are so colourful and no one judges you with what you wear! In Britain, it’s not very colourful and gets a bit dull so I’ve always wanted to visit somewhere where I can dress to my emotion! In anime, the characters have such beautiful clothing! I think my favourite outfit that’s casual would be Lucy Heartfilia’s as they are just so beautiful!! Although, the Attack On Titan Scout Uniform is awesome too! I also love the language and am practising it myself! That’s a big Weeb level!

Once becoming a Weeb you notice how the anime world is considerably better than the real world. I personally am an introvert so I find it easier to be alone or at least away from people as it’s easier and I’m quite awkward. Because of this, I spend a lot of time on technology and in books. I find the real world boring, maybe because I live in a small town with barely any entertainment, or maybe it’s because this world is just the same, ridden with idiots and has a real lack of passion. The anime world just seems so different and amazing… And the Weeb inside of me just kicks in! Jealousy of the anime world Is definitely a weeb symptom! 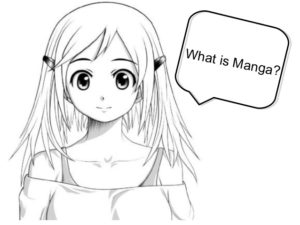 Ah, yes. The final step. Now as you may or may not know, most anime is developed from manga. Some of which are Death Note, One Piece, Full Metal Alchemist, Fairy Tail, Tokyo ghoul etc. I like to read the manga before the anime otherwise it’s just like re watching it all and I don’t find that interesting with anime. But, if you do read both or own manga then you most likely are edging towards the Weeb direction. This isn’t the same with drawing anime or manga. However, I do know a lot of people you just prefer to draw anime and not watch or read it in general which is fine. I do love the style that anime and manga present and I suppose that’s kind of weebish too!

And there you have it, the steps to weebism brought to you by the biggest Weeb around, me!!! Toodaaa!!

Written By
JJAnime
More from JJAnime
Following on from the anime theme of my last post, I thought...
Read More