I’m writing this post after much debate again.  As always, I worry about causing myself or family embarrassment.  At the same time, I hate the idea of other people feeling the way I do and not feeling comfortable enough to speak out about it.

Somerset Partnership really are failing some people.  It’s not okay.

There were many calls made to the emergency health team once on my behalf from MrLovely and a couple from myself.  During the midst of one of the worst panic attacks of my life, the woman at the end of the phone told me to sit down and meditate.  How, on Earth, are you supposed to be calm enough to meditate in the midst of a panic attack?!  That’s like telling an asthmatic to just breathe.  It took five days for them to get back to me about an urgent question regarding medication and its dosage. 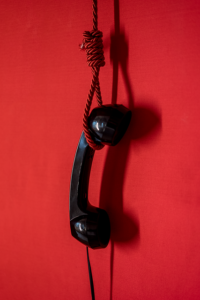 It’s been three weeks since my last post about my mental health.  Following on from this post, I’m taking 20mg of citalopram daily and between 2-6mg of diazepam each day.  At night, I take 25mg of hydroxyzine (or sometimes 7.5mg of zopiclone) to help me sleep.  Hydroxyzine is an anti histamine which has a sedative effect so it really helps.    My decision to start taking citalopram wasn’t under the guidance of either a GP or a psychiatrist.  The GP said he couldn’t prescribe them and told me I needed to speak to the emergency mental health team or a psychiatrist.  Trying to speak to a psychiatrist from our local mental health team one is like trying to get a personal phone call from the Pope!

Unfortunately, my regular psychiatrist is off sick at the moment.  Following from our last appointment, it seems he didn’t update the system with notes from my appointment, nor make a note of his next appointment with me.

I received a phone call from a locum psychiatrist a week later from my desperate initial call to the emergency mental health services.  A week…  A week after that, the locum psychiatrist visited my home.  He spoke at me for about an hour about medication, recommended a book for me to read and contradicted everything my usual psychiatrist and GP tells me regarding medication.  I really struggled with disassociating and staying focused on what he was saying and it left me feeling even more desperate and completely confused about medication when that wasn’t what I felt I needed help with.

If I’d been in a car crash, I would have received immediate medical attention and my ailments would have been taken seriously and tended to, with haste.  My panic attacks and anxiety were at levels that I couldn’t cope with.  I didn’t want to continue.  This means there was a threat to life, so where was the help?  Oh, “go and meditate”.  Right.  Thanks then.  I’m alive today because my mum was here with me and didn’t leave me alone.

So, Somerset Partnership, you might want to edit this webpage and actually tell people the truth.  If you’re having a crisis – tough luck!  Meditate and jog on!  Maybe they’ll get back to you in a couple of week…

I've been saving all of this to share with you. In

Hello! I'm back after a long Christmas break. Happ

Have you tried @weledauk Skin Food? I find it's on

Did you put your tree up at the weekend too? I blo

I've been using this Hallelujah Hair Oil from @for

I went to the hospital for my first ever mammogram

Myself and my daughter have both become a little a

For my #TextureTuesday photo, I want to share with

Look at these amazing playing cards with my dog, G

We went to Taunton today to do some essential shop

Lissy and I have just finished doing a face mask.

About nail polish. I always look for polishes that

I picked this Comfrey and Mallow foot balm from @n

How beautiful are these coasters from @foxseaart