Emma Watson spoke at the UN Women Goodwill Ambassador. Emma Watson is a very inspiring feminist to me because she is passionate about the equal rights men and women should both share. Not only does she stick up for women, but she stands for the points that men shouldn’t be stereotyped and shamed for showing their emotions, who they are and want to be.

Men and women should both have equal rights. Both are just as important as each other. For example, children at schools are given the same opportunities for learning. They get the same level of education. So why, as we get older and get jobs, are we no longer having equal rights? Men and women are paid differently. For example; a man and women both with the same level of qualifications, doing the same job are paid two completely differently salaries due to their gender! Men get almost twice the pay a woman does for the same job, same experience.

As Emma Watson said, “No country in the world can yet say they have achieved gender equality.”This is because plenty of people are talking about how much has changed, how bad things still are, what SHOULD be changed. Although speaking out is making a slight change and helps towards getting further in making our world a better place and letting us all become equal. There still isn’t a big enough change happening yet. The talk is great and truly has helped us evolve into a more equally treated world. But we need to take further, stronger action. 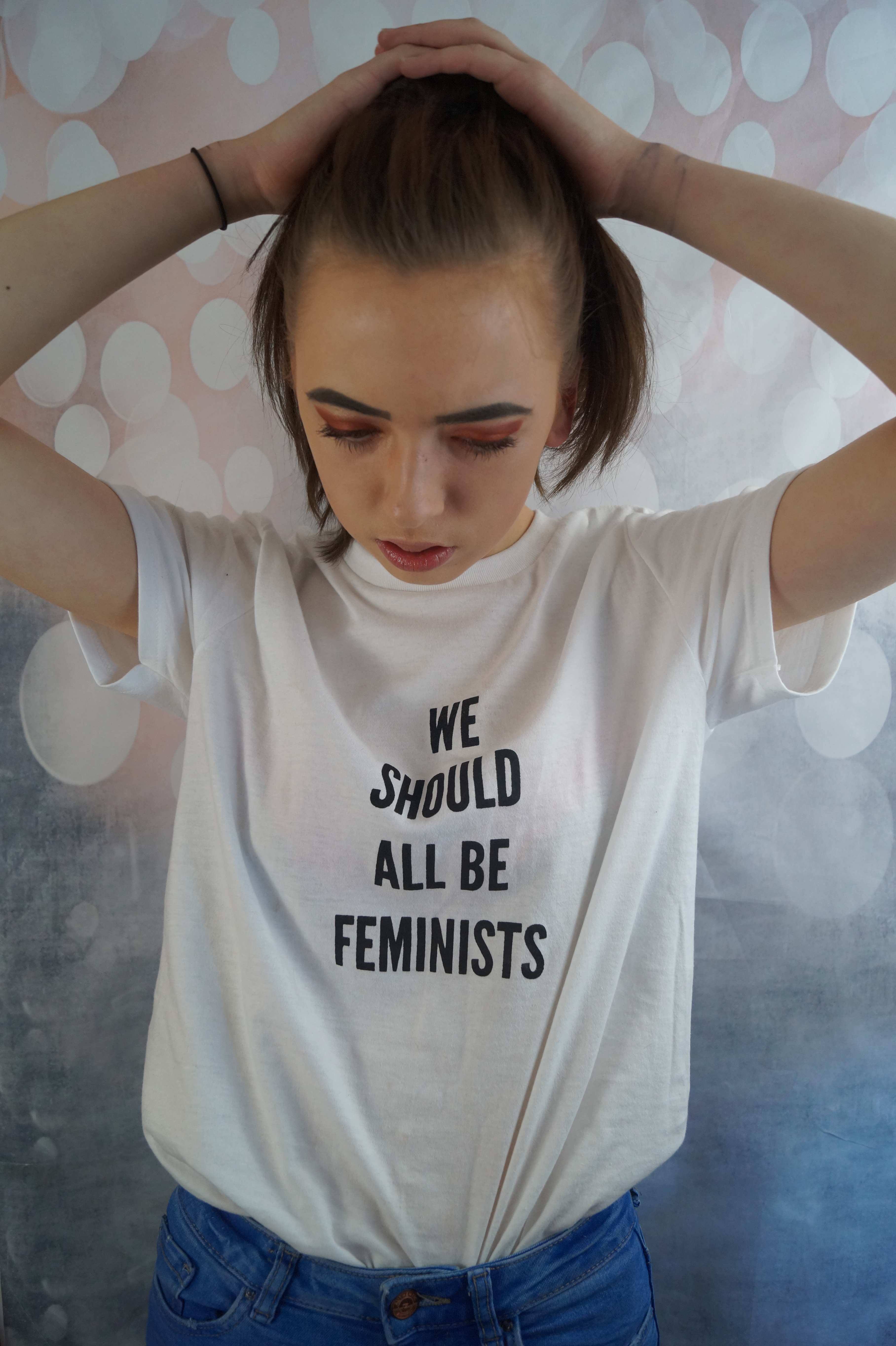 Feminists are not just hairy-armpit, man-hating, hippies. They are normal people, just like you and I, wanting the same change as the rest of the world. But if everyone wants us to be equal then why aren’t we already? There are enough of us in the world to easily make it happen. Right? Wrong. Not all of us are going to agree, which will cause more conflict. If it were flipped, men were labelled as weak, slut-shamed, “shouldn’t work”, paid unfairly, would we change it for them? Would this have all happened quicker?  Feminists are people who believe that we, women should be treated equally to men. And if it were flipped, it’d be masculinists, fighting for their beliefs.

If you want things to change, to be equal, fair, then speak out. Even just sharing a post about it on social media. Tell your friends about what your take on International Women’s Day and feminism is. What do you think about gender equality?

What would you do to help change today? Are you a feminist?

Sophie is wearing a gorgeous T-shirt from OuterSpaceGirls.  I’m really into slogan t-shirts right now and they have a fantastic selection.  Keep your eyes peeled for another of their t-shirts on my Instagram account next week.

You can read the post from last year here.

Written By
Sophie B
More from Sophie B
Last week I received my subscription box, Boxie. My Review I love...
Read More

0 replies on “International Women’s Day by Sophie B”

What did you have for dinner tonight? Did you cook

I discovered some truly beautiful cleansers whilst

Very soon, you'll see the launch of the new @nadra

We went to the Donkey Sanctuary in Sidmouth yester

It's my daughter's prom today. A momentous occasio

I met up with my brothers for breakfast at the wee

**Giveaway** I've teamed up with @butterwhips to offer you this bumper giveaway with lots of lovely green beauty products. . . . #GreenBeauty #CleanBeauty #CrueltyFreeBeauty #NaturalBeauty